How To Get Your First 1,000 Social Followers 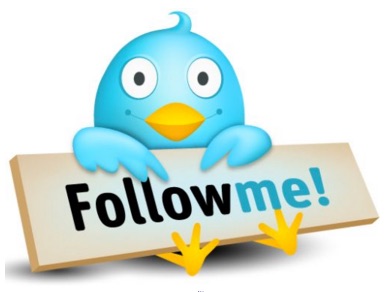 Today, we’re going to look at one of the biggest questions we get sent here at The Social Wrap. How do you get your first followers on social media? Now, I sympathise with this question. And I firmly believe that those first 1,000 are the hardest to find. Once you hit 1,000, the process snowballs a little. We’ll focus mostly on Facebook and Twitter, but the tricks are applicable to all the social sites. Ready to get your socials off the ground? Let’s take a look.

We’ll start with a simple and easy option. Start putting links to your social media sites everywhere. The first 100 or so followers should come from your existing connections. In other words, friends, colleagues, or acquaintances. Put links in your email signature, and in all your correspondence. Stick a Facebook ‘like box’ on your website, so visitors can quickly follow your feed. Do the same with the ‘follow’ button for Twitter.

Set up a social strategy

If you’re going to hit 1,000 followers, you need to be strict about your social strategy. Social media, like any other marketing strategy, requires goals, plans, and commitment. So, let’s get started by creating a content calendar. What are you going to post, and how often? Start by committing to perhaps two blogs a week to share with your followers. Fill in the gaps by posing questions, posting images and videos, or curating content. The important thing is that you stay active and engaging.

This is a strategy that works particularly well on Twitter. In fact, I’d go as far as to say that building 1,000 followers on Twitter is much easier than Facebook. The reason being that most people follow others on Twitter with less resistance than Facebook. Start by following others in your niche. Follow the tastemakers, and identify the most active Twitter users in your sector. Follow them, reply to their tweets, and introduce yourself. It won’t take long to build up those first few exchanges, and your numbers will grow.

Get some help from the pros

If you’ve tried some of the above tactics, and progress is slow, you can always bring in help. There are plenty of social media agencies out there with the skills and resources to grow your presence. Take a look at some social media services pricing options, and see what works for you.

There’s always a shortcut when it comes to marketing online! However, as always, it costs money. You can skip the slow, laborious process of gathering followers one-by-one with advertising. By using social media adverts, you can quickly drive lots of relevant people to your page. Facebook is well set up for this, and you can target a very particular audience with your ads. Use your best piece of content, and fine tune your ad copy for the best results.

Using these tricks and techniques, you’ll land your first 1,000 followers in no time! That’s the hard part over, now for 10,000!

The Growth Of Social Media [INFOGRAPHIC]

Your Brain on Social Media

Whether you’re a Facebook fanatic, a Twitter-lover, or you go pin-crazy on Pinterest, you’re probably engaged in one or more popular social media sites. Where do you think you spend your time? 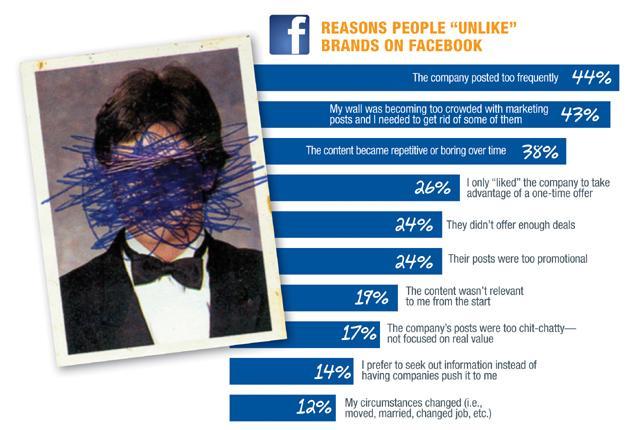 What stands out for you in the above data?

Do you think some businesses are putting more emphasis on their Facebook page and less focus on their website? 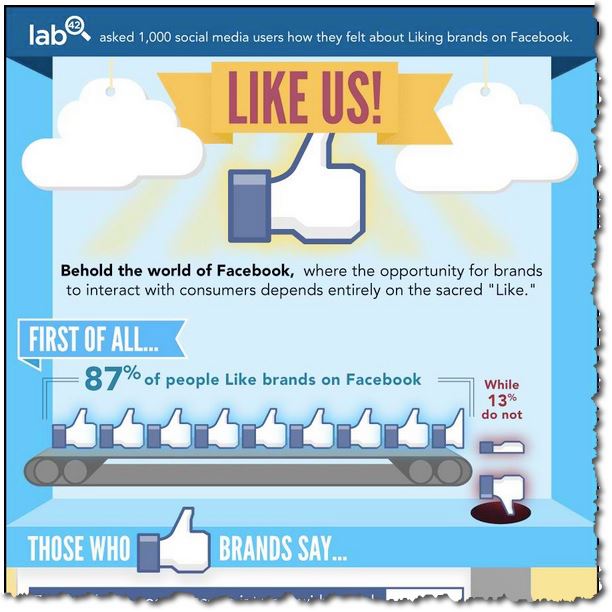 They asked, “Do you Facebook?” I said no, (ok I fibbed, I am on it, I use it to stalk my wife, it saves having a conversation later) joke hunny!

They said this would be an eye opening webinar, that Facebook was a sales tool in disguise, that sales people could build better relationships, reach new clients and drive sales. I was intrigued because I and I will be honest, dislike Facebook. But as always, I was receptive to being converted, so I allocated an hour of my time to revisit and maybe discover this potential.

I wasn’t converted and for 24 hours I struggled to understand why. I understood the privacy settings, the creation of groups and how you can feed different messages to different parts of your network, I get that, much like Google+.

My conclusion was that it must be more than just one thing, so here are three.

1) The webinar was run by a marketer, (nothing wrong with that of course.) But the conversation revolved around demonstrations of what brands were doing. Not what or how an individual sales person could benefit.

2) I have yet to hear someone in a B2B environment say “hello C’suite, will you be my friend on Facebook?”. Even rephrasing it to “Join my network on Facebook” doesn’t sound right.

3) With other platforms that I use for business, engagement and relationship building cant I just have one place that is mine where I can relax, chill out and if I feel the need to just talk rubbish I can. Yes I know your can separate by using the groups, but it just means they’re in the room next door.

So here’s my question? Can I convince you, the sales person, that Facebook is not the place for connecting with your clients?

(also written from a Brand perspective just to be fair)

Twitter users generated double the median monthly leads of non-Twitter users.
Consumers active on Twitter are three times more likely to affect a brand’s online reputation through syndicated Tweets, blog posts, articles and product reviews.
Twenty percent of consumers indicate they have followed a brand on Twitter in order to interact with the company – more than e-mail subscribers or Facebook fans.

If that doesn’t sway you, then there is always LinkedIn – where it does feel right to say “Join my network of business professionals”

Social Landmarks – Where are we Checking In?

People everywhere use Facebook to check into places to and share what they’re doing with friends. Based on this activity, here are the top five landmarks in eight of the world’s most social cities.

Are You Who You Say You Are?