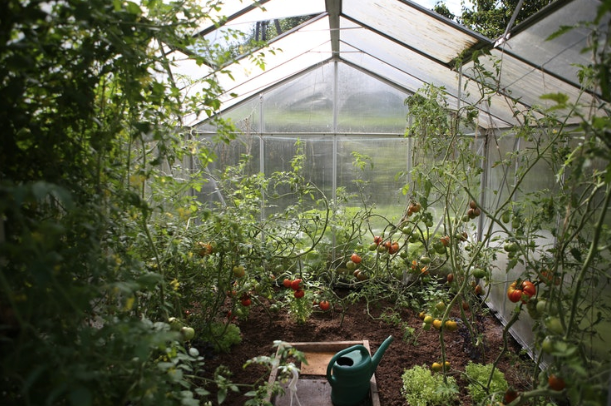 The world is now full of social movements, but the one that is (arguably) capturing the most attention can be found in the world of grocery shopping because the ‘buy local’ movement almost seems unstoppable now. It’s a new mindset the consumer has become obsessed with and now agricultural businesses have had to celebrate, every part of the chain accepting it’s the future.

It’s fresher and healthier foods. It’s building stronger local economies. It’s allowing consumers to have direct contact with food producers. And it’s trying to aim for lower carbon emissions, instead of flying a pack of grapes 3,500 miles around the world.

The problem is: most of us don’t have an opportunity to get stuck into this movement beyond shopping at the local farmer’s markets and doing your online shop at FarmDrop. That said, entrepreneurs and businesses are coming up with increasingly amazing ways to make local agriculture a big part of urban living, and here are some of our favourite examples.

This twenty-foot container in London has reinvented the term “box lunch’. The guys and girls here farm tilapia, the fish swimming about below helping the vertically grown greens above them are getting the nutrients they need to survive and thrive. It’s quite something to behold.

Sat in the heart of Seattle, this dollop of public land (read: 7-acre site) has been transformed into an edible food forest full of fruit and nut trees, pumpkin patches, and berry bushes of every variety. It’s becoming it’s very own mini-ecosystem, but one where the aim is less maintenance and higher yields.

Pasona is a staffing company in Japan, but their headquarters are like nowhere else on earth. It’s a place where tomatoes dangle from the ceiling, cone bottom tanks have become art features, herbs grow in the meeting rooms and a rice paddy has become the centrepiece of their lobby. Here’s the best bit though: it’s not just to boost the local food message. It’s there to relax employees, encourage creative thinking, and build the community. The food also gets served in the company cafeteria.

This two and a half acres growing space is hidden at the top of a pair of sky-high office buildings and was designed as a way of increasing food production without increasing the agricultural footprint. Clever. It’s also been a huge success thus far with the project producing 50,000lbs of food it then sells through farmers markets, subscriptions and wholesale. But that’s not all. It also collects a million gallons of stormwater each year, meaning the city’s drainage system doesn’t have to.

Based in Minnesota, his once-upon-a-time-brewery is now an aquaponics operation that supplies salad greens and fish to local grocery stores and restaurants, and it does so using just 2% of the water used in conventional agriculture. This is no not-for-profit side project though. This is a fully-fledged for-profit farm that has high hopes of proving aquaponics can be commercial viability and even help encourage economic development in the area.