How do you use YouTube and video in your marketing?

Has social media opened up global opportunities for you? What is the most exciting and inspiring business or personal event or connection that has been instigated by social media?

Look forward to hearing your stories.

Inside the Brain of a CEO [Infographic]

In these difficult times, CEOs are turning to partnerships and technology to help them overcome the challenges their organisations are facing. CEOs that drive their organisations to innovate, collaborate and understand their customers better will be well-placed to achieve success, both now and in the long-term. Social Media has a Positive Impact on Sales

FACT: Social Media isn’t a fad its a REVOLUTION

This is the statement from the latest HubSpot report: 120 Awesome Marketing Stats, Charts and Graphs. The below is my take out from the report on Social media and its influence on sales. We are all in business? We sell or else #WESOE 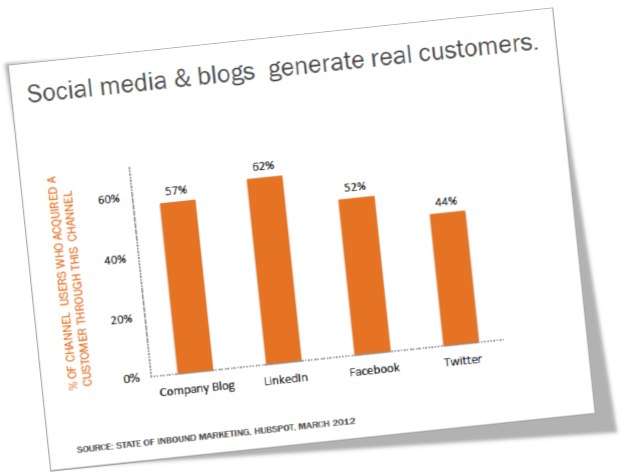 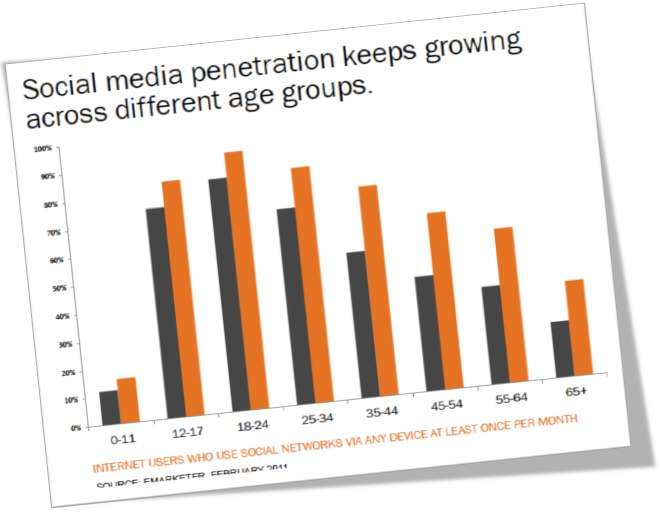 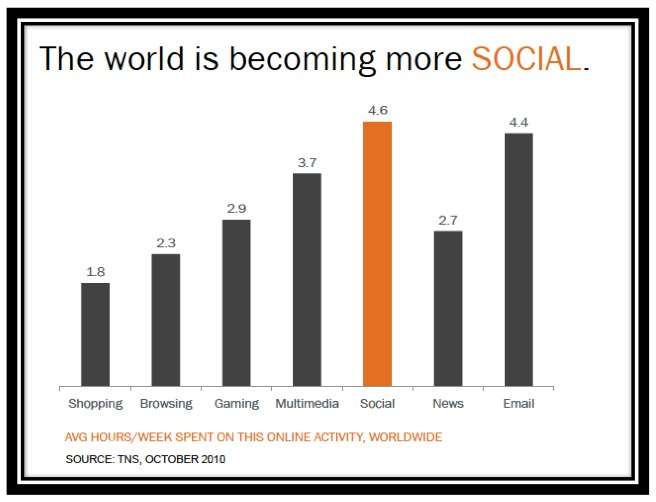 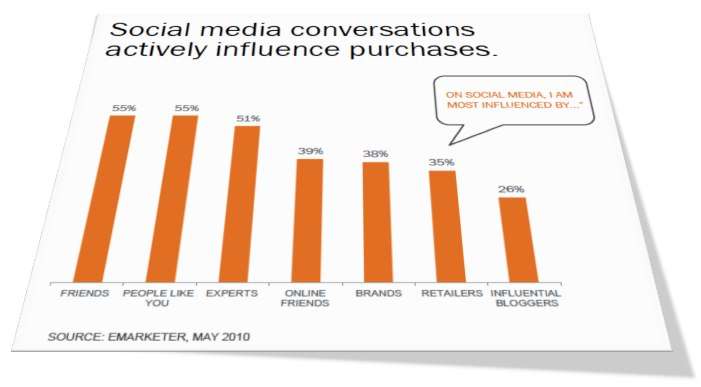 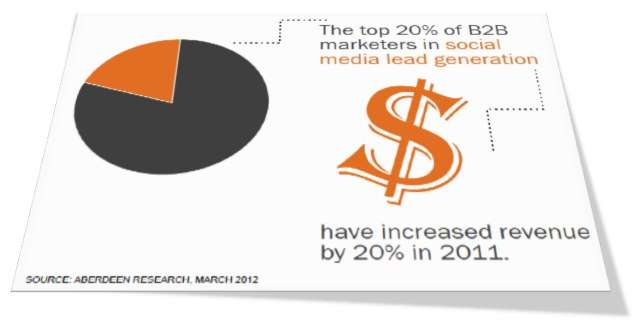 63% of companies using social media say it has increased marketing effectiveness—among other benefits.

More than 1/3 of companies say social media helps them get found online. 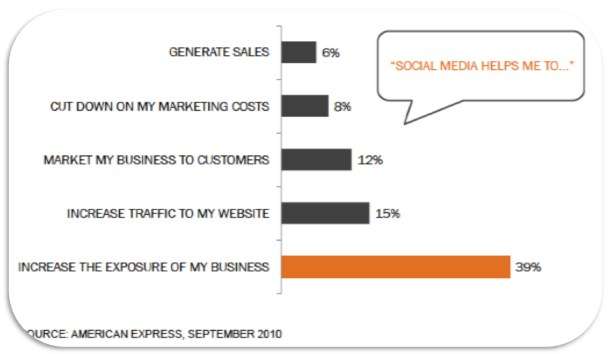 61% of marketers use social media to increase lead generation 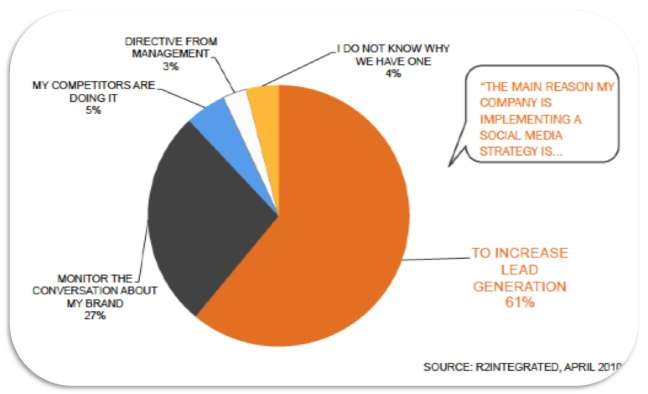 The reason why you need a company profile on LinkedIn: 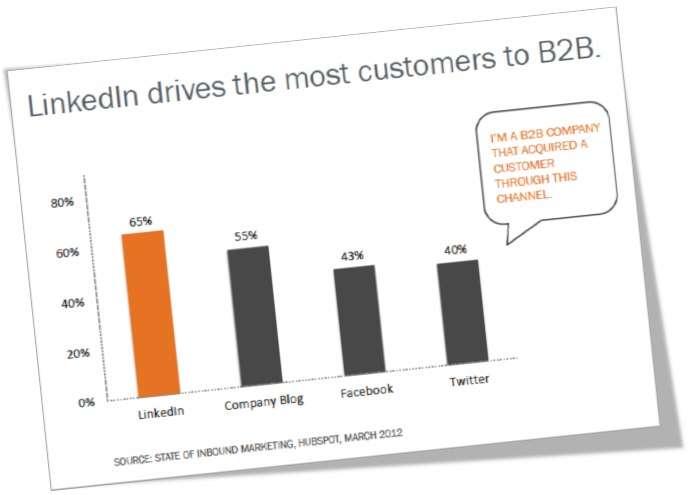 What are your thoughts?

This is going on my desk! 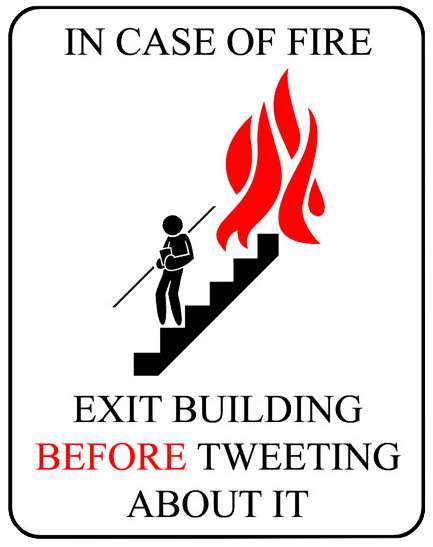 All eyes are on FaceBook after its recent IPO, just how are they going to generate more money to please their new shareholders? In quarter one of 2012 it is reported advertising rates increased by 40% while clickthroughs fell 8%. What does this mean for the the B2C market do they need to think before investing in ads with Facebook. Do they need to come up with a new ad model?  Just consider clickthrough rates decline by about half after they have been released for a day or two.

Which Social Network Should You Use — and When? [INFOGRAPHIC]

With such a varied choice of social media platforms to choose from, its sometimes difficult to know where to make the most of social media. It’s more complicated than just posting status updates at random and seeing what sticks.

When is Facebook most effective? When are you better off using Twitter, or LinkedIn? And what exactly is Google+ good for, anyway?

The business consultant network Zintro recently pulled research from more than a dozen sources including Mashable, Facebook, Twitter, LinkedIn, Google and Quantcast to put together this nifty infographic, which will help you develop your social strategy. Check it out below for the full report.

Do you use different social networks for different purposes? Let us know in the comments.

Be one of the first to get your copy, there is a registration link below.

Some of the topics covered are :

To find out, IBM spoke with more than 1,700 CEOs, general managers and senior public sector leaders from around the globe.

They will reveal our findings in May 2012 with the publication of their fifth biennial edition of the IBM Global CEO Study. This study, is the largest of its type ever undertaken. It will be the newest in the IBM C-suite Study series, a comprehensive collection of thought leadership, informed by and intended for senior business leaders.

Every business needs smarter thinking. Register now to be among the first to read the insights in the 2012 IBM Global CEO Study:

I was introduced to this new Twitter tool yesterday “SocialBro” and to be honest stil playing with it. First impressions WOW, NICE, COOL.

So far the only things missing for me are (and perhaps I havent stumbled on them): URL Shortner, Scheduler.

But what you do get are some really cool features:

TimeZones of your followers: This is really important as will help you decide the best time to tweet with maximum exposure.

With just this information you can really understand when you can get the biggest impact for your message.

Then there are these tools:

Real-time: Will show you who is active right now and the language and apps they use to convey their messages.

Sync Influence Data: You can sort/view your friends by influence. Powered by PeerIndex

Best time to tweet: Demonstrated above, my favourite part so far.

Insights: Language, avatars (who has a photo who has an egg), profiles with URL’s

Monitor a Hashtag: Shows how many users in this hashtag community with Who you follow and who follows you

Analyise lists: Total members, who follows you, who you follow, topic cloud

So far so good, will it be my default tweet from application? No. Will become the tool of choice to understand my network.Yes

Let me know, what your thoughts are in the comments below

Its been many years since my first experience. The excitement the family had in casting off the packaging on our shiney new ZX81

With its, now laughable, 1k(64k max) of RAM, it was our first step into the digital age!

Over the coming  years we moved to the Spectrum 48, with great games such as Manic Miner and Jet Set Willy (you had to be there, I suppose!)

The ZX81 sold 20,000 units in just 9 months and 100,000 units in eighteen months. The Spectrum range was among the first mainstream audience home computers in the UK, similar in significance to the Commodore 64 in the USA. The introduction of the ZX Spectrum led to a boom in companies producing software and hardware for the machine,the effects of which are still seen today.

Now I am Apple infused, Mac’s, iPad’s, iPods, iPhones I am an apple fan. Why? They are all connected and provide a seamless experince between devices. They are also cool and great looking!

Apple is annually selling almost as many devices (including computers, iPads and iPhones) as cars worldwide. Unsurprisingly, they are also one of the most successful businesses in the world.

But how do Apple’s eye-popping statistics translate to the real world?

The sum of their total sales in 2011 was an incredible $128 billion. To put it in perspective, their 2011 sales amounted to more than the GDP of 160 nations worldwide.

Apple’s current market capitalization is $508 billion making it the largest company in the world.

Apple’s release of its latest iPad was massive: the company sold 3 million devices in the first 72 hours of release.

Apple projects to sell 56.4 million iPads in 2012. Laid end-to-end those iPads would stretch from Cupertino, California to New York City and back and nearly halfway back to the Big Apple.

Since 2008, almost as many devices with Apple’s IOS operating system were sold as cars worldwide. Does that mean that in today’s world we consider Apple products as important as vehicles?

While the iPad has been a huge success, the iPhone is still Apple’s franchise player selling over 72 million devices in 2011. That’s nearly equal to the weight of the Eiffel Tower.

40% of Apple’s revenue is credited to the iPhone alone.

For more information on Apple’s sales and growth refer to the infographic below. [Via]

We go out….we get better

A great friend of mine @inter_vivos said this to me today.

There is a Bible verse that says, “If anyone will not welcome you or listen to your words, shake the dust off your feet when you leave that home or town. If you allow it to build up too much, it will slow you down.”

I meet nay-sayers on a regular basis. I believe what I’m telling them will help them, but if they don’t, I can only try to improve my message and not let them discourage me.

This mentality should be adopted by all “We go out….we get better”