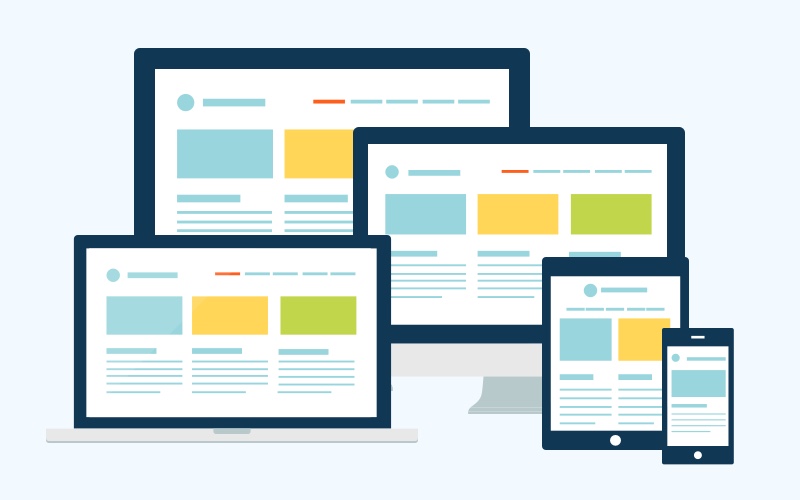 Last several years saw massive breakthroughs in the field of VR, with new devices being released, while AR stands to make this transition even greater. In just a couple of years, most cars might have AR windshields, so how will this affect the world of web design? The truth is we don’t know. However, most business owners are having trouble keeping up with the issue of adaptive vs. responsive web design as it is, which makes these hypothetical, futuristic questions a bit out of place. Still, in order to shed some light on this issue, there are several pros and cons of both of these web design trends. You can look for Utah web designers near me to evaluate your case.

1.    What are the similarities and differences?

We should probably start by stating some of the obvious similarities and differences between these two design trends. For starters, both of them have the same purpose – improving websites visuals and functionality across various devices. This is especially important for mobile users which are currently the majority of the online world.

The difference, however, lies in the experience that your audience receives on different devices. While responsive website only focuses on the size of the browser, adaptive design chooses one of the layouts it has in store depending on the device you’re using to access the site. Moreover, a responsive website has a greater versatility and flexibility, seeing as how adaptive website only comes in six different widths: 320, 480, 760, 960, 1200 and 1600.

Needless to say, this could cause a slight problem with desktop users with particularly large monitors or Smart TVs attached, seeing as how the biggest 1600 wide resolution may not be enough. Nonetheless, these are rare isolated cases which can be completely neglected.

2.    Preparing for the change

The first thing you need to have in mind is the overall user experience, which, tends to be slightly in favor of responsive web design (adaptive still performs better for each device individually). Sure, with the right device in mind, skilled designers can do wonders even with adaptive design, yet, devices are constantly changing in screen sizes. Sure, you have smartphones and tablets covered, however, what if the next big thing in the world of mobile devices is something between phone and tablet in screen size?

What if it’s something larger than both, yet, smaller than a standard laptop screen? What if, it’s the AR or VR we’ve discussed in the introduction? So, those who are planning for the long-run might find that the universal adaptability that a responsive website has to offer might give you a better overall ROI.

Another benefit of responsive web design lies in the fact that you have a single website to work with. Multiple versions of your website are allowed and, usually, not sanctioned by Google, yet, you have to understand that it still represents a duplicate content, which is not something most search engines appreciate. Apart from this, enacting all principles of on-site optimization on multiple websites is exhausting, even if the adaptive website didn’t take longer to build than their responsive counterparts. Still, no matter what you choose, it would be wise to revise your digital marketing strategy, while weighing in your options.

One of the greatest examples of adaptive web design lies in the fact that these templates have an easier way of determining which device your user is currently on. For instance, you can tell if a single person accesses your e-store from multiple devices while using the same account. Moreover, you can keep track of the number of repeat visits and even take note of the device that the purchase was finalized on.

Most importantly, you can use GPS to track the whereabouts of the user, which is important in several different aspects. According to one of the recent surveys, as much as 78 percent of local mobile searches eventually become offline purchases. Those who sell their products both online and offline should take special note of this particular piece of information.

Earlier on, we stated that adaptive web designs take longer to build, however, when it comes to the amount of work invested in a single version of the website, it’s more than clear that responsive design developers are at a clear disadvantage. In order to cover every scenario possible, responsive web designs have to be made with a solid HTML5 code, which takes a lot of skill, effort and dedication. Even then, you might have some trouble with older devices and legacy browsers (on the other hand, it’s not like this is adaptive website’s strong point either).

As for the adaptive design, its greatest advantage is the fact that it provides users with a completely new experience for each device they use. After all, your customers want to see that they’re worth walking that extra mile for and this is where adaptive design shines. However, making six versions of your website (even if it’s the simplest layout there is) is a lot of work. Out of the two, the latter one is much more likely in need of some professional assistance. With the responsive design, you need a skilled coder, with adaptive, you most likely need a team.

While some suggest sticking to desktop users because they still boast higher conversion rates, others suggest switching to smartphone and tablet users for their sheer numbers. In truth, you need both of these demographics. In the past, you had to set up a store in each city and an international office in every major business hub in order to become omnipresent on the market. Now, you simply have to pick the way in which your website will respond to different devices and make it count. After all, the business world never looked kindly on those focused on shortcuts.